Whether you’re over NFTs or not, here’s what the future has in store for non-fungible tokens.

Depending on who you ask, non-fungible tokens are either the future of art and a revolution in the very concept of ownership, or an environmentally destructive fad that’s ripe for mockery.

But with tens of billions of dollars in transactions, corporations hopping on the ever-growing bandwagon, and a word of the year distinction, it’s undeniable that NFTs have made a mark. While whether or not that’s a good thing remains an open question, according to the numerous artists, creators, and developers we spoke with, NFTs are — for better or worse — just getting started.

That means both the NFT-associated highs, and lows, of 2021 are poised to be shattered in the coming year. What that shattering looks like, exactly, is still an open question — but if insider opinion is any indication, in 2022 NFTs will be even harder to ignore.

But first, the basics: What even is an NFT?

While non-fungible tokens technically date back to 2014, 2017’s CryptoPunks and CryptoKitties better represent the beginnings of the current explosion. While those projects involve art, pixelated “punks” and drawings of kittens, respectively, an NFT is more than whatever art or object it’s associated with. As explained by Lee Azzarello, a former Ethereum smart contract security auditor and artist, in March of 2021, a non-fungible token is typically “a smart contract on the Ethereum blockchain that has some metadata in it.” That metadata, which could literally be a few lines of text, describes or otherwise points to the associated art or item in question.

(Some NFT marketplaces, like Rarible, support NFTs minted on other blockchains.)

Here’s an example of what that metadata looks like in the case of the Grumpy Cat NFT, which sold for 44.20 ether in the spring of 2021.

People are sometimes confused by NFTs because they assume there must be more to them. With some rare exceptions like CryptoPunks, which as of August 2021 actually stored the associated art on the blockchain, there often isn’t.

Even so, the relatively straightforward act of associating on-chain data with an object in the real world has proven itself to be a powerful and popular idea. According to Chainalysis, which analyzed use of NFT marketplaces in its 2021 NFT report, web traffic to marketplaces like OpenSea comes from all around the world, with concentrations in Central and Southern Asia, North America, Western Europe, and Latin America.

The world has reason to pay attention, and not just because of transactions like Beeple’s “Everydays: The First 5000 Days,” an NFT which in March of 2021 sold for $69 million. That so much money is changing hands has drawn the likes of scammers, shady influencers, and people behind the scenes willing to engage in alleged insider trading.

It has also led to some rather grand promises.

If 2021 was the year the broader public started paying attention to non-fungible tokens, those deeply involved in NFTs say 2022 will be the year the world can’t look away.

What does that mean, exactly? According to Alex Salnikov, the co-founder and head of product at the NFT marketplace Rarible, for starters it means more and more brand involvement.

“Mainstream adoption is on an upwards trajectory as we head into 2022 as we have already seen global organizations like Visa and Twitter release NFTs or purchase them as investment items, while Adidas has built their latest marketing campaign around the metaverse trend, which included partnering with NFT communities and figureheads,” he explained over email. “These brands are setting an example for organizations everywhere that are looking for new ways to connect with and engage loyal fan bases, proving that NFTs are an effective way to do so.”

While one might expect the co-founder of a non-fungible token marketplace to be bullish on NFTs, Salnikov is not the only one to describe the industry as being in its nascent stage. Dylan Rhodes, a recording artist who in 2019 released a cryptocurrency-themed album dubbed Crypto Rich, explained that while 2021 was about showing what was possible — 2022 is about running with it.

“Most of the capital is on the sidelines still trying to understand NFTs — but 2021 made investors tune in,” he explained. “We’ll see categories like music break out in 2022 — as billions of dollars in digital assets are built on top of the current music industry.”

More than just a profile pic

Non-fungible tokens are undeniably big business and a cultural force. Skeptics need look no further than the Twitter profile pictures of celebrities like Jay Z and Steph Curry to see how NFTs have already been embraced as digital avatars.

But, for the most part, NFTs have also up until this point been conceived of as static digital objects — tokens, representing pieces of art or digital goods, traded back and forth for seemingly ever-increasing amounts of money.

If industry insiders are to be believed, however, that won’t remain the case for long. 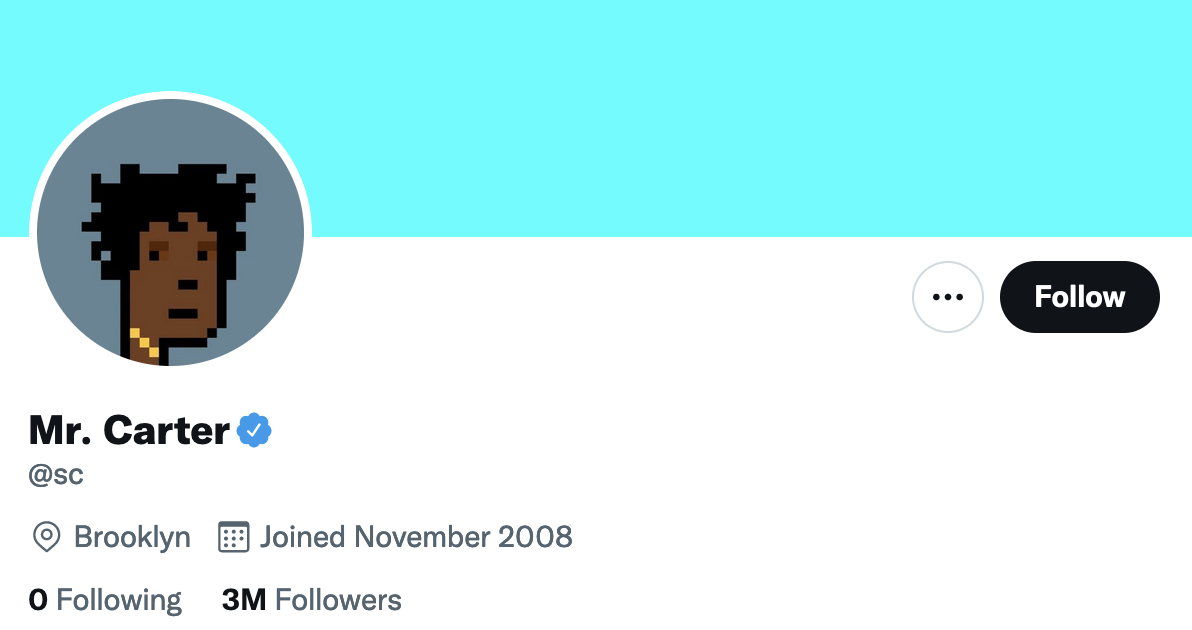 Rarible’s Salnikov predicts 2022 will see NFTs further bleed over into the real world.

“We are also seeing an increase in NFTs offering unlockable experiences for fans, meaning when you purchase an NFT, it comes with a bonus functionality,” he observed. “This will likely explode in 2022 as more brands and public figures look to connect with audiences.”

Salnikov pointed to the Coke Boys by French Montana drop, where each NFT included some sort of physical item or experience like signed physical shoes or a night out with French Montana, as an example. 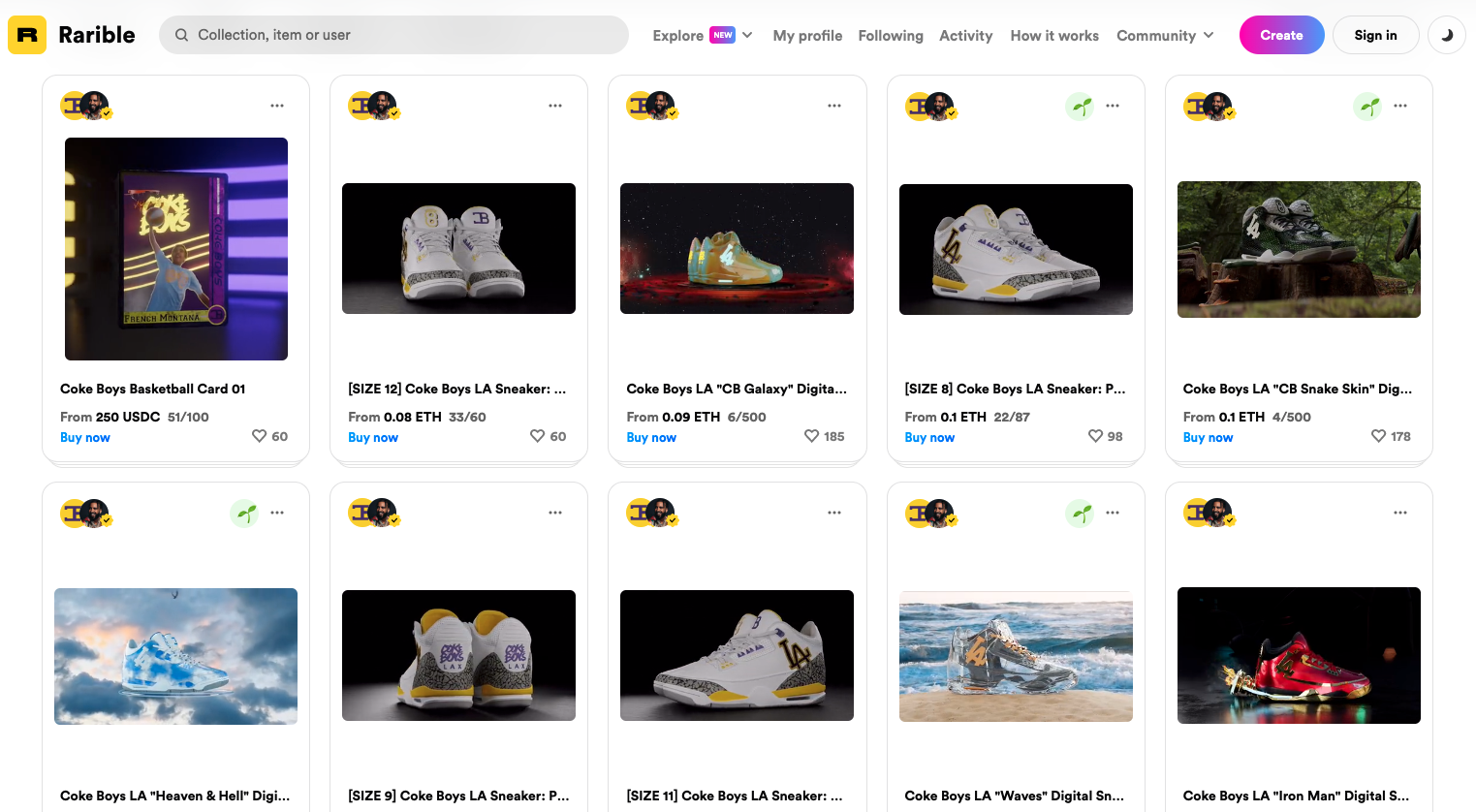 If NFT enthusiasts are to be believed, real experiences tied to NFTs are only just the beginning. To understand the promised coming tectonic shift, one need look no further than another 2021 buzzword — one which gave NFT a run for its money: metaverse.

The idea of a persistent digital space, or spaces, where people (and brands) can interact has been embraced both by tech titans like Mark Zuckerberg and those working with NFTs on a day-to-day basis. One of the current premiere metaverse platforms, Decentraland, is built on top of Ethereum and already supports NFTs.

Say hello to Yats: Why investors are paying thousands to ‘own’ emoji

Josh Ong, a partner at the communications firm Causeway Strategies, consults with and advises brands on NFTs and the metaverse. Ong sees 2022 as the year NFTs become a more vital part of our online selves.

“Some of the themes that I’d expect to see next year are the fleshing out of digital identity (from avatars to digital fashion), blockchain gaming (Play to Earn, metaverse platforms), and tokens with real-world utility (events, physical+digital goods),” he predicted.

The idea that 2021 teed up non-fungible tokens for a gangbusters 2022 is a sentiment repeated by many artists, strategists, and developers in the space. At the same time, the story of NFTs doesn’t always end happily ever after.

While some artists have managed to make thousands, or even millions, of dollars by minting and selling NFTs, others have come face to face with a less appealing reality. Time and time again over the course of 2021, illustrators and creators of all types have discovered — often too late — that someone has taken their art, minted it, and sold it for a hefty profit. A Twitter account, @NFTtheft, documents the frequency of such scams.

And they are frequent.

Derek Laufman, a cartoonist and freelance illustrator who’s worked for Marvel, Warner Bros., Disney Publishing, Hasbro, and Mattel, is familiar with this problem. According to Laufman, he’s had his work stolen and minted as NFTs — at least twice.

So does Laufman, a professional artist, see NFTs maturing over the course of 2022 into something that will allow illustrators like himself to benefit? Not exactly.

Laufman is not the only illustrator who feels this way. Jen Budrock is the artist behind the project Birdhism, which involves her creating (among other work) illustrations of birds. Unfortunately, her work has garnered some unwanted attention. In early December, Budrock discovered that someone had minted NFTs of her work on OpenSea.

“You want an original of my work? Commission me. I don’t support NFTs,” she wrote at the time.

Like Laufman, Budrock views NFTs not as opportunities to explore in 2022 but rather as the latest challenge to professional artists.

“I’m just a micro business over here,” she noted over Twitter direct message. “I have an IP lawyer, but it’s like whack-a-mole. Both with print-on-demand sites and with NFTs. So many artists are dealing with these problems.”

More broadly, Budrock sees the theft of her work as undermining the entire premise of NFTs. “If you can’t be guaranteed authenticity,” she observed, “I don’t see why people want to bother with it.”

Indeed, that NFTs facilitate the theft and reproduction of art seems to undermine their very value proposition. This won’t come as news to NFT marketplaces, which are aware of the problem described by Budrock and Laufman.

“While creating and selling NFTs is generally a low-risk endeavor, there are some issues of inauthenticity prevalent in the space, much like within any other industry,” noted Rarible’s Salnikov. “At Rarible, while we operate an open marketplace, we have a unique verification system in place to limit exposure for unauthorized content. Non-verified items currently do not appear in search results or our explore feed — and users are warned if they are about to purchase a collectible by an unverified creator or collection.”

They’re working on it, in other words. If NFTs are to inspire more than rage and frustration from the creative class, these marketplaces must work quickly.

That refrain — we’re working on it — is likely to become an oft-repeated mantra over the coming year as money and opportunity pour into the gold rush of a market while individuals, brands, and entire industries scramble to catch up.

Meanwhile, NFT skeptics will continue to shake their heads in frustration as early adopters and diehards promise a revolution — one token at a time.

How to buy NFTs? Here’s all you need to know