How I Got Scammed For 2 ETH/ Bapetaverse (Official BAPE NFT)…

The tech industry has clearly struggled this year. From the onset when the COVID-19 pandemic starts, many tech firms have been affected in terms of workforce, profit, and more. It has become even worse since a lot of ransomware attacks and data breaches took place this 2021.

If you want to take a quick look at the biggest disasters that happened for the tech companies for this year, here’s a shortlist of the “tech-tastrophes” that shocked the digital world once and for all.

Most Notable Tech Fails of 2021 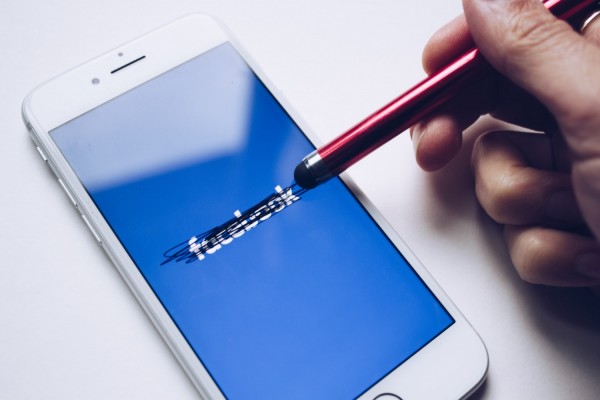 The word “popular” does not always denote a positive vibe to an article. This time, we associate this term with “trouble” especially when we hear the terminology “ransomware attack.”

The rise of these activities occurred this year, and it’s indeed alarming that cybersecurity experts could not find a firm solution to prevent them.

Usually, what happens during a ransomware attack can be compared to an online hostage scenario: the suspect asks for ransom or money from the victim. Of all the related ransomware schemes in 2021, the most unforgettable would be the Colonial Pipeline attack where hackers destroyed the system through a compromised password.

In the end, the company CEO was forced to pay a whopping ransom of $4.4 million to the attackers just to re-activate the firm’s network. In relation to this case, the US authorities found out that a crypto asset worth $2.3 million was recovered as a payment for the Colonial Pipeline hackers, according to CNN.

Related Article: The 20 Biggest Tech Fails Of The 2000s

Back in October, Tech Times reported that Meta (formerly Facebook) was hit by a sudden downtime as DownDetector spotted. At that time, many users complained that the app was not functioning. Some even said that they could not send a message or post a picture on their newsfeed.

In June, Amazon, Reddit, and other tech sites suffered from an unexpected outage which affected a lot of business enterprises.

Another notable outage that recently took place was the AWS outage, which was the third time that happened this December.

During this incident, several platforms such as Disney, Netflix, Slack, and others faced a temporary downtime and system failure. This has impacted the logistic operation of the e-commerce giant especially at the peak of the holiday shopping spree.

App users should be always cautious about their confidential information on a platform including their passwords and email addresses. However, regardless of how careful they are in using the applications, massive data leaks could happen in an instant.

Months ago, Facebook experienced a sudden data breach after it found out that several threat actors infected its system. The social media giant discovered that many profiles have been exposed to a widespread data leak.

Sometime in April, LinkedIn suffered from a hacking incident. The cybersecurity experts found out that nearly 500 million accounts were on the verge of being exposed. The digital platform clarified that the activity was “actually an aggregation of data from a number of websites and companies.”

Indeed, 2021 is the year of non-fungible tokens which allow people to trade, buy, or sell in-game assets through games and other properties. However, the challenge behind NFT is its safety.

Truly, what captures the attention of users is how fast they could earn through this blockchain technology. Despite that, NFT gaming scams have popped up everywhere like in the case of “Axie Infinity’s” fake Ronin wallet.

In the field of digital artworks, NFT marketplaces such as OpenSea present a variety of NFT arts to choose from. However, some appear to be spammy. The stealing of the art pieces also becomes rampant across several platforms.

The very first time that we hear Elon Musk’s announcement about the “full self-driving software” of a Tesla EV, it’s indeed an impressive breakthrough that we could imagine.

The tech-assisted features look promising for a while since an electric car can drive you without human intervention. However, the year 2021 is not a good period for rechargeable vehicles.

Back in March, Tech Times reported that Tesla’s FSD is buggy despite several improvements that came. According to one user, the car has mistakenly entered a parking garage and tried to traverse a wrong lane in the road.

Another Tesla EV owner claimed that there were times that the car could not control the brake so he had to do it manually to avoid road crashes.

Squid Game Token is a Bust

According to PC Mag, the hyped “Squid Game” film on Netflix has caught the fans off guard through its crypto token. At first, many believed that it could surpass what Dogecoin can do, but it turns out that it could not.

Initially, its price has managed to hit $2,856 before crashing to an all-time low value. Tech Times reported that the creator of the token has shut down the website after the massive price plunge, leading to a perfect crypto scam.

How I Got Scammed For 2 ETH/ Bapetaverse (Official BAPE NFT) Whitelisted ME!!! (Story…

METAWARS – How do people fall for this? I CRYPTO NFT GAME

Cardano (ADA) Looks To Recover After Sliding To $0.43