A Bored Ape Yacht Club Mega Mutant Serum NFT or non-fungible token was sold to the co-founder of Ethereum for a whopping 888 ETH, which is worth a cool $3.6 million. 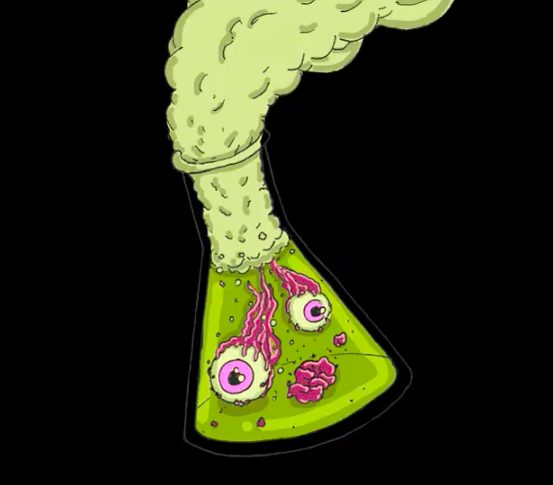 As per the report by Hypebeast, the former exec of Ethereum, Taylor Gerring, bought the Mega Mutant Serum, which is part of the Bored Ape Chemistry Club collection of Yuga Lubs.

The Bored Ape Chemistry Club is a massive NFT collection home to a total of 10,000 Mutant Serums, which current owners of the Bored Ape NFTs could use.

These thousands of Mutant Serums allow Bored Ape holders to transform their existing digital ape into a mutant, as the name of the serum clearly suggests.

It is to note that there are three types of mutant serums, namely M1, M2, and the Mega Mutant, which just sold for more than $3 million.

For instance, although both the lower tier, M1 and M2 serums transform their virtual apes into a mutant version, the Bored Ape still retains their original qualities.

On the other hand, the Mega Serum tier gives its users a surprise as to how their Bored Ape will transform, leaving the possibilities endless. Thus, this version of the serum has been sought-after and heftier in price as well.

HypeBeast further added in the same report that Yuga Labs has already sold 10,000 Mutant Ape NFTs back in August, which garnered a total of $96 million in sales.

This time around, the new Mutant serum allows its users to transform their Bored Ape into Mutant Bored Apes.

Meanwhile, according to the report by DappRadar, the $3.6 million Mega Mutant Serum sale is second to none on top NFT sales from Dec. 20-26 after securing the highest spot.

On top of that, the Bored Ape Yacht Club NFT collection, in general, has already booked impressive growth since it launched way back in April.

In fact, the current lowest price tag of Bored Ape has already ballooned to a hefty 54 ETH, which is approximately worth $205,000.

However, the price of the Bored Ape Yacht Club NFT has gone down to $3,000 last Dec. 13. It comes after a seller of the massively popular digital collection mistyped the pricing for his online listing.

What was supposed to be priced at 75 ETH ended up being sold for 0.75 ETH due to a fat fingers typo incident.

META BILLIONAIRE NFT | THE PROJECT OF THE YEAR?! Collection of 7,777 Unique Billionaires