A Thorn From Christ’s Crown Of Thorns – Now An NFT

“While the Thorn will hold enormous spiritual meaning for many people, it can also have a protective or talisman nature, because as a relic touched by Christ it is considered to have a healing power,” says Margarida Montenegro, head of Santa Casa’s Culture Direction. 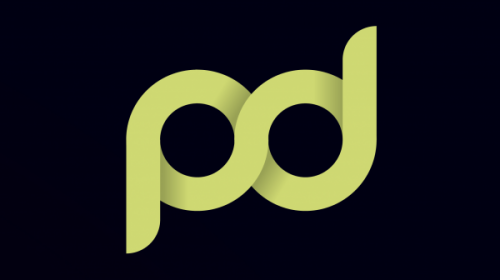 A rare digital twin from an event that holds an emotional and spiritual meaning for billions of people around the world will soon be available as an NFT, or non-fungible token.

In a world first, Artentik (www.Artentik.com ), the digital marketplace for Santa Casa da Misericordia de Lisboa (SCML), Portugal’s 500-year-old social enterprise organisation and keeper of the Museum and Church of Sao Roque in Lisbon will be dropping a reliquary that holds what is believed to be a Holy Thorn from Christ’s Crown of Thorns as a NFT on December 28th.

In total, there will be 1 million NFTs created from the Thorn to allow people to connect with this special relic in the same way a commemorative coin can celebrate a time, occasion or person. This December 10,000 will be released allowing people to purchase this special NFT at EUR300 each.

“While the Thorn will hold enormous spiritual meaning for many people, it can also have a protective or talisman nature, because as a relic touched by Christ it is considered to have a healing power,” says Margarida Montenegro, head of Santa Casa’s Culture Direction.

“Before the advent of NFTs it would not have been possible to give people the opportunity to own such a unique piece of history and to be able to enjoy it’s beauty, set in rock crystal, gold and enamel, whenever they want,” Margarida added.

The relic was first acquired by the Jesuit College of Brno (now the Czech Republic) and was given to Juan de Borja in 1581. It was included in a small bottle of Bohemian crystal perfume which demonstrates that it was to have a private and intimate use. In 1594, the relic was offered to the Lisbon Jesuits by Mr de Borja and transferred to Santa Casa in 1768.

Artentik, www.artentik.com , is built on the Polygon Network blockchain offering faster transaction speeds, Proof of Stake leading to minimum environmental impact, and reliability. Artentik does not charge a Gas fee for minting NFTs. Artentik is a joint venture with Boloro Global Limited, a New York City based technology company..

SCML is a not-for-profit organisation which, since its founding in 1498, has focused on social enterprise works. SCML operates hospitals, invests heavily into scientific and medical research in neuroscience, funds education and training programmes, aggregates social entrepreneurship activities, runs a free pediatric dentistry service, works with other bodies to focus on the care of the 65+ population, and during the COVID-19 pandemic helped the elderly in social isolation as well as setting up a free online psychological support platform.

Over the centuries SCML has accumulated a vast artistic and cultural collection, including the Museum and Church of Sao Roque in Lisbon, which is now being converted into NFTs.

NFTs – If You Don’t Know, Now You Know | The Daily Social Distancing Show

Why Do People Hate NFTs So Much? 5 Reasons Explained