Top Non-Custodial Wallets for NFTs in 2022

What happens when kangaroos find out about fighting games? They pack in a good punch of course! Combat Kangas, a turn-based NFT card game, is based on a group of NFT-loving kangaroos who love to battle it out and bring glory to their owners.

The aim of each game is to beat your opponent’s Kanga. To do this, you play your “Joeys” from the deck and place them into the arena. A pack of Joeys consists of five Joey cards, each one randomly selected and tradable. Each Joey has value and comes with a number of utility features, which can be used to help you defeat your opponent. It can be many things, fighters, weapons, armour and even support. Joeys will be available in both Common and Rare editions.

Players will be able to play with both a Kanga NFT as well as a free Kanga to allow users to play who don’t own an NFT, however, Kanga NFTs come with more advantages in the Combat Arena. Each Kanga will also have a special fighting skill; some will be focused on attack, some on defense, and others will be a little sneakier. 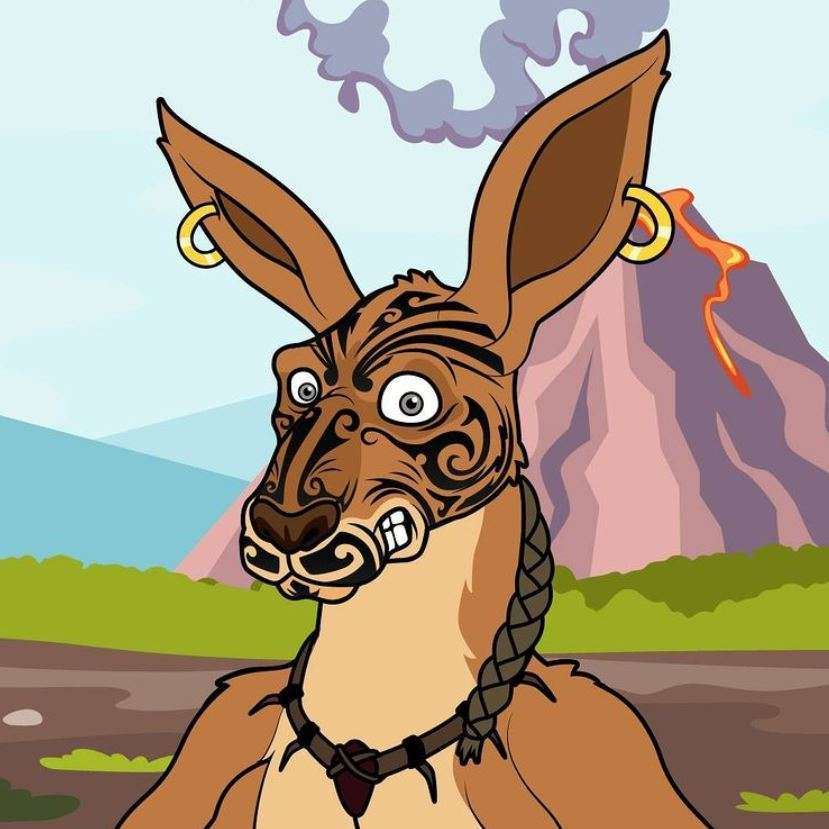 The first game that will take place in the Combat Arena is “The 1 Inch Punch Tournament,” a throwback to Bruce Lee’s one-inch punch. Every week you can enter your Kangas into the 1 Inch Punch Tournament to fight other Kangas. A player is randomly picked to go first, selects the attribute they want to use, and then the Kanga with the best score on that attribute wins. Each time you battle, you win Kanga Points in-game to receive prizes.

For each Kanga that is minted, fighting stats are created. Fighting stats can be boosted if your token wallet has a good “Wallet Score.” The top medal winners for the month receive Kanga Points which can be used to stake an early claim on the next set of Combat Kangas or buy packs of Joeys (cards in the Combat Arena). Winners will be able to use their Kanga Points to receive a share of 200 tokens reserved in the next collection of Combat Kangas. Essentially, the more points you bank, the more of the next NFT collection you will receive.

You can also purchase “Kanga Fuel,” the native $XKF token which serves as an early entry point for the Kanga Points in-game currency, to boost your Kangas’ fighting stats. The boost stays with the NFT for as long as you own it. Once transferred or sold the Kanga’s stats will return to its originally generated stats. Kanga Fuel will be used for several different functions in the game, but primarily to purchase Joeys and upgrade Kanga NFTs. There will be a total supply of 8,000 tokens.

To add a touch of mystery and extra excitement, during a fight in the Combat Arena, there is a chance that a “Master” might show up to help. Their role is to help losing Kangas do better in their next encounter or to celebrate winning Kangas and boost them even more!. The losing Kanga will get trained by the Master Kanga, boosting its worst fighting stat, ready to fight next time. Every Kanga deserves a reward after all!

Each collection will feature a maximum of 10 rare Masters, which players will be able to qualify to receive by owning tokens and participating in a prize draw. Each Master has a chance to help each day, allowing its owner to be rewarded with up to 30 tokens per month.

The team has also reserved 200 xKangaMK1 tokens for giveaways. Every long-term holder of xKangaMK1’s will receive partial tokens (not an xKangaMK1) from the next collection. Check out a pre-demo gameplay test below, with a whole lot more in the works.

It’s time for a quick update on our #NFTGame #CombatArena!

This is a pre-alpha (very early) demo testing the logic of selecting a card and playing a game.

The game artwork is being worked on in parallel and we will post an update about that soon!#nfts #XRPL #CombatKanga pic.twitter.com/XGxALAmLYs

There will be a number of collections, starting with the MK1 Collection, which will serve as the “base” Kangas, with no attributes or other rarities. Some of the artwork is inspired by the winners of community prize draws. One draw was held for backgrounds, one for eyes, and one for ears. Each winner picked two ideas, after which the Kangas team created the art for them. The rest of the collections will feature randomly generated Kangas, created from these 10 base characters and with over 30 different attributes.

Ivelina is an NFT and Blockchain lover. She has a knack for putting complex concepts into simple words.

Top Non-Custodial Wallets for NFTs in 2022

Ethereum Struggles Below $2K, Why Bears Remain In Action

Bitcoin Price Remains In Range, Why The Bulls Need To Take…