CRYPTO IS WORTH NOTHING – DON’T GET SCAMMED

Common NFT Scams To Watch Out For

Discord has heard you, people.

After initially announcing that they’d be considering adding NFTs and crypto, the main folks behind the popular chat/community app Discord are putting their plans on hold, reports Yahoo.

(Photo : Rafael Henrique/SOPA Images/LightRocket via Getty Images)
BRAZIL – 2021/05/21: In this illustration the homepage of the Discord website is displayed on the computer screen.

This was confirmed by Discord CEO and founder Jason Citron on Twitter, who reassured users that his company doesn’t have concrete plans to shift their model towards enabling NFTs or crypto wallets.

Thanks for all the perspectives everyone. We have no current plans to ship this internal concept. For now we’re focused on protecting users from spam, scams and fraud. Web3 has lots of good but also lots of problems we need to work through at our scale. More soon.

For now, as per Citron’s tweet, Discord wants to focus on minimizing the instances of fraud on their platform, and protect people from getting scammed or peppered with spam messages. Citron made headlines recently after posting a screenshot of the Discord app with apparent NFT and crypto wallet options.

While the screenshot didn’t exactly confirm anything, fans were quick to jump on it, and they were livid. As per a Kotaku report, the screenshot posted by the Discord CEO was “tearing the community apart.”

Some users were referring to NFTs as “scams,” while others mention how people are allegedly stealing other people’s work and repackaging them as NFTs without permission.

For now, Citron and the rest of Discord have no further comments about future plans regarding this topic.

Discord Flirting With NFT And Crypto

Before the screenshot posted by Citron, a different image has hinted that his company has been mulling about incorporating NFTs and crypto for a while.

According to The Verge, there was a certain survey that went viral for allegedly asking Discord users about NFTs. A screenshot of the survey was posted on Twitter, and it garnered thousands of likes:

Reportedly, the survey (which is now defunct) was distributed to users back in August. As you can see in the image, it was asking people questions about NFTs–what they feel about it, and whether they have a favorite NFT, DeFi (decentralized finance), or Web3 community on the platform.

There’s not a lot of information about Web3, but NFT and DeFi are clear as day. A Discord spokesperson eventually commented on the viral survey, saying that it’s merely a “fact-finding endeavor” targeting users who are active in crypto/NFT communities on the platform.

Why Crypto And NFTs?

The answer is simple: money.

While Discord isn’t exactly going bankrupt, apparent plans to branch into NFTs and crypto would still be a sound business decision. NFTs and cryptocurrencies are basically taking over the whole world at this point.

Sales of Non-Fungible Tokens, for instance, have already eclipsed $10 billion, according to Reuters. Almost everything that’s deemed of value are being sold as tokens–from artwork to songs, and even intellectual properties. 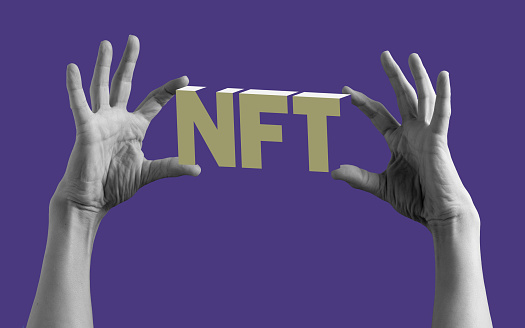 Furthermore, the most valuable tokens can even fetch for several millions on their own. One perfect example is an NFT of a digital collage, which the Christie’s Auction House sold for an insane $69.3 million back in March.

Crypto prices are also surging, with Bitcoin briefly surpassing the $70,000 mark for the first time recently, as per Coindesk.

It’s all about the (digital) Benjamins.

CRYPTO IS WORTH NOTHING – DON’T GET SCAMMED

Common NFT Scams To Watch Out For

Investors May Expect Downside For Bitcoin And Ethereum…