Why Apple Needs to Embrace Crypto, NFTs, and Web3

The biggest threat facing Apple ( AAPL 2.80% ) long-term isn’t a competitor making a better smartphone or even new devices built for the metaverse. Just as the PC that was modernized four decades ago is still a staple for hundreds of millions of people around the world, the smartphone — and by extension Apple — will likely be at the heart of our digital experience for decades.

But threats remain, namely the innovations taking place around cryptocurrencies. Not only is crypto trying to disrupt traditional fiat (or, traditional government-issued currency) transaction methods, it’s also innovating in digital asset ownership. Apple could embrace this disruption and lean into it, or it could fight it, opening up an opportunity for device makers who do embrace this booming business. 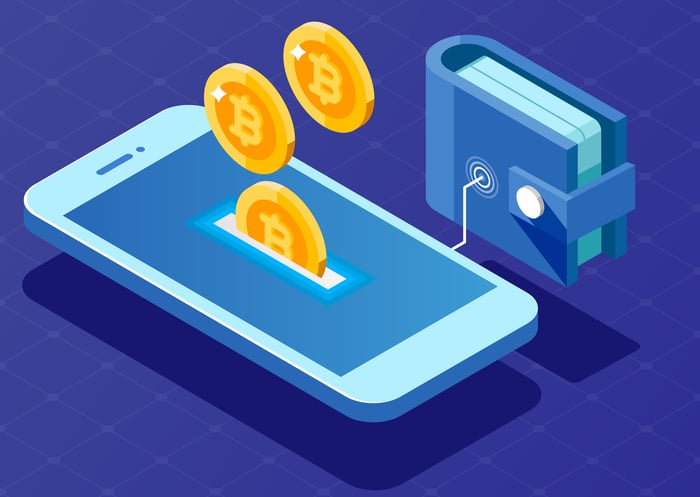 Why the iPhone could be the center of our digital future

The development of cryptocurrencies, tokens, and NFT projects has advanced rapidly in the last two years, with some NFTs now worth over $100,000 — and utility rapidly being built into them. So far, the utility has been little more than access to an online store or a specific website, but we are starting to see that expand quickly.

As more real-world and digital use cases come to market, Apple’s products could either be an enabler or a hindrance to utilization. Not all crypto wallets are available on Apple’s App Store, and even the ones that are are often flawed and limited to a certain protocol, like Ethereum ( ETH 3.49% ), meaning that users would need multiple wallets to access multiple cryptocurrency ecosystems.

Imagine buying an NFT that gives you access to a special event, only to find out you have to use a specific wallet on Apple devices, which may be different from the wallet used to acquire the NFT. On Solana ( SOL 0.37% ), this is often the case today.

To solve this, Apple could allow more wallets, or even launch its own wallet that uses the secure enclave to keep people’s data safe. And it could enable interoperability and set standards that would make NFTs and crypto more smartphone friendly.

Apple hasn’t been developer-friendly in the past

There are reasons to think Apple may not go the route of opening up NFTs and crypto, however. It has a history of trying to squeeze developers for high fees on the App Store. It’s fighting Epic Games in court to maintain a 30% fee from users who buy gems and tokens in games, so it could also try to fight for a similar fee from users who are buying NFTs or tokens through apps on its platform.

For Apple, fighting for fees on transactions made on its platform could be the best way to cause a competitor to build simpler to use solutions. That could be on Android or through a new device.

What I think is clear is that customers don’t want a new device. They want their wallets and NFTs to work easily on Apple devices. I think it’s in the company’s best interest to make that as seamless as possible.

Looking back, the reason smartphones finally became a mass market device is because Apple made them easy to use. This is often talked about as the “Apple moment”.

Crypto, NFTs, and Web3 products in general are complicated to use and confusing — and for early adoptors that’s a feature, not a bug. But to gain mass adoption the industry will need its own “Apple moment”. The question now is whether Apple or another company will make that moment possible.

This article represents the opinion of the writer, who may disagree with the “official” recommendation position of a Motley Fool premium advisory service. We’re motley! Questioning an investing thesis – even one of our own – helps us all think critically about investing and make decisions that help us become smarter, happier, and richer.