SAN DIEGO, Nov. 30, 2021 (GLOBE NEWSWIRE) — A new NFT project has launched that is unlike any other. The Great NFT Treasure Hunt is the world’s first NFT project crossing from the virtual realm into a real-world hidden art adventure. The hunt will give Southern California residents the opportunity to embark on a once-in-a-lifetime experience to become an X Hunter and take home a real treasure: an Invaluable X NFT.

Each of these 32 rare NFT artworks resides within a unique digital wallet on the Ethereum blockchain. The passwords to each of these wallets have been placed in envelopes and hidden in secret real-world locations in Southern California, effectively granting ownership rights to whoever finds them first. The Great NFT Treasure Hunt will release daily clues to the secret locations via Twitter, encouraging anyone who dares to join the hunt. Piecing together the clues will lead people to the real-world location where they will discover their well-earned treasure and bragging rights to one great story.

Today marks the first day of the treasure hunt and the first clue has been shared on the official Twitter account @cryptographer_x.

Some of the NFTs are hidden at recognizable Southern California locations, while others are tucked within smaller local gems. The artwork itself is designed to be a hint that will lead people to its own secret location, meaning that it serves not only the treasure people stand to win, but a treasure map as well.

Each of the 32 Invaluable X artworks has a twin that will be sold off on OpenSea to those who want to be a part of the X Hunter community but aren’t able to participate in the physical hunt.

To stay up to date on tips to the secret locations and other information, follow @cryptographer_x on Twitter and engage in this unique NFT experience.

About The Great NFT Treasure Hunt
Launched in Southern California, The Great NFT Treasure Hunt is a first-of-its-kind NFT project crossing from the virtual realm into a real-world hidden art adventure game. The project seeks to bring the thrilling experience of a treasure hunt to life for the masses as a way to expand understanding of NFTs and create accessibility to the marketplace for those who may have been priced out of purchasing a rare NFT on their own. For more information, please visit www.thegreatnfttreasurehunt.com. 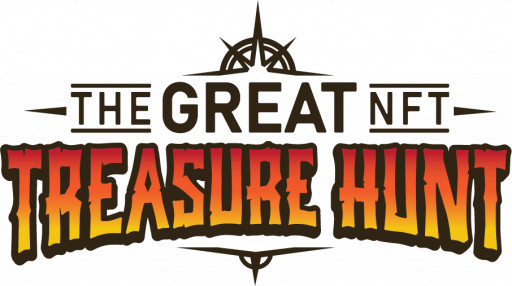 This content was issued through the press release distribution service at Newswire.com.

The Video That Will Get You To Start Your NFT Journey